This week it happened again, after HeartBleed a couple of months ago another major security hole popped-up; ShellShock or CVE-2014-6271. In this article I will discuss the bug in general, and the impact on NetScaler.

That should ring enough bells to get peoples attention. The highest score a vulnerability can get. 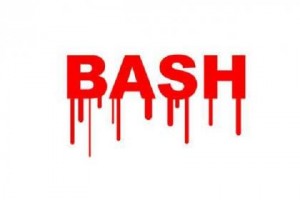 The issue is that some shells handle variables incorrectly. This allows attackers to remotely execute commands. There are several extensive write-ups done by very smart and security conscious people on this topic, for example this one, so let’s not do that again.

You can test the exploit locally on your system by running:

If your systems is vulnerable (like my MacBook) you get the result:

If the system is not vulnerable (at current insights into this!) you would get the following result:

You can test your systems for the exploit remotely by creating the scripts manually as described on this site, or this site, or run one of the many test sites out there (but remember that there is no official test and who gets the result if you are vulnerable?).  Some sites that pop-up in google:

Let’s first start with the official Citrix release as this is the resource that is constantly updated with the latest information from the source. Citrix has created CTX200217 for this.

The official Citrix Response is the resource that will get updated regularly.

At the moment of writing this (27th sept) the main NetScaler traffic path does not seem to be impacted.

The management interface might be affected, so make sure (as in line with the best practices) to not have any public facing management ports open. It looks like BSD version is vulnerable but cannot be remotely attacked.

Citrix has released new NetScaler releases that have fixed the issue as a “defence in depth” measurement. The versions are:

You can implement additional measures on the NetScaler to protect the system and the servers behind it. As for most environments NetScalers is at the gate this is an ideal place for countermeasures.

please note that this responder policy will analyse most of the HTTP header and body against a Regular Expression. This is a costly process and will increase the load on your system!

Please note 2 that this policy is NOT validated by Citrix nor has it been tested extensively. Use at your own risc.

Matthijs van den Berg
Matthijs worked as a System Engineer at Citrix in the Netherlands and had a focus on the Citrix Networking products. Writing down a lot of stuff he saw and heard from customers. @matthijs_berg Matthijs started a new career at Nutanix, but as founding father of NetScalerRocks was the first to enter our hall of fame :)